Drink Pink…Gin Cocktails, That Is

The world looks better, the ubiquitous “they” say, when viewed through rose coloured glasses. That’s especially apt when your glass is filled with Pink Gin. 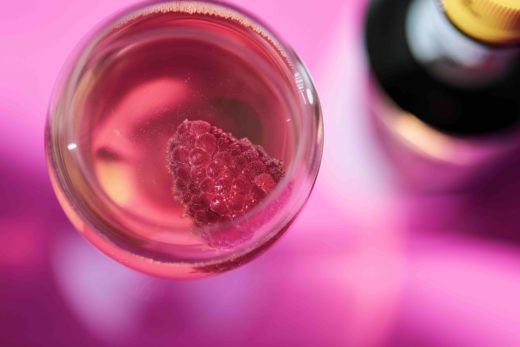 Ironically, the rosy blush of this optimistic elixir is due to a dash or two of Angostura aromatic “bitters.” In 1848, a Royal Navy ship surgeon added a few drops to a jigger of gin to help assuage seasickness…and folks have been happily sailing three sheets to the wind ever since.

Here’s how to create your own Angostura Pink Gin cocktail. END_OF_DOCUMENT_TOKEN_TO_BE_REPLACED

Isle of Harris Gin: The New Spirit of Scotland

That’s me sorted for the evening.

Despite being officially dubbed one of the happiest places to live in the UK, the Isle of Harris off the northwest coast of Scotland is battling a serious buzz kill. That is to say, there are fewer and fewer people living there to enjoy all that happiness these days.

The Office for National Statistics says folks in the Outer Hebrides are the happiest in the UK.

The population has halved over the last 50 years, shrinking to less than 2,000 residents. But…why?

Because, despite producing the renowned Harris Tweed, employment opportunities in the isolated Outer Hebrides are scarcer than the remaining hairs on Sean Connery’s head.

So, what are these industrious islanders doing to kick-start this party, y’all? Opening a distillery entirely staffed by locals and brewing some hooch, of course.

Naturally, you might assume that by hooch, I mean “Scotch,” this being Scotland and all. While that is indeed part of the long-term plan, Scotch whisky must age at least three years in oak barrels by law.

That’s why Isle of Harris Distillers has taken their initial step into the spirit world with Isle of Harris gin. END_OF_DOCUMENT_TOKEN_TO_BE_REPLACED

When my diminutive bottle of Dà Mhìle seaweed gin arrived this week in the post, I wasn’t sure what to expect of it. I know that it’s organic, that it’s made from seaweed gathered on the beach at New Quay in Ceredigion, Wales, and that this boutique brand officially launches on 1st March.

So for two days, it has sat on my kitchen shelves amongst the half-filled (okay, mostly empty) bottles of whisky, cachaca, elderflower liqueur, absinth, rum, Campari, more gin, and Harvey’s Bristol Cream of questionable origin. (For the life of me, I don’t remember where the sherry came from, but there it sits, gathering dust and daring me to pour it down the kitchen sink).

But now it’s Friday, and I’m feeling that familiar weekend recklessness coming on.

Time to pop the cork—or rather, unscrew the little gold cap—on my mysterious sample of gin. Dà Mhìle has been drafted for active duty. END_OF_DOCUMENT_TOKEN_TO_BE_REPLACED